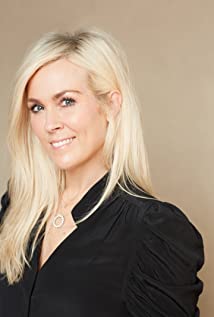 Rachel Cannon was born in Tulsa, Oklahoma. She is known for Fresh Off the Boat (2015), Mad Men (2007) and Two and a Half Men (2003).Rachel Cannon is an accomplished television actress, writer, producer, entertainment executive, entrepreneur and mentor. With an acting career in Los Angeles that spans over 20 years, including over 80 network television credits, Cannon has been featured in such iconic television series as "Big Bang Theory," "Two and a Half Men," and a coveted role opposite Jon Hamm in the final season of "Mad Men." For six years, she portrayed Deidre, the snarky neighbor, in ABC's hit comedy series, "Fresh Off the Boat," where she butted heads weekly with Constance Wu's character, Jessica. This fall, Cannon will appear in the highly anticipated biopic, "Reagan", starring Dennis Quaid. Over the years, Chuck Lorre hired Cannon multiple times calling her "Comedy Gold". As her mentor, Lorre is the one that encouraged Cannon to write her own sitcoms, one of which was selected for Montreal Comedy Festival's PitchFest in 2010.Combining her on-set experience with her strong entrepreneurial spirit, Cannon co-founded Prairie Surf Media in 2020 where she serves as Co-CEO alongside her partner, Matt Payne. Determined to bring sustainable creative opportunities for film and television to their home state, Cannon and Payne very thoughtfully began with infrastructure in 2021, launching Prairie Surf Studios in downtown Oklahoma City boasting 1.3 million square feet of production space with five massive clearspan soundstages.After contributing to the establishment of a larger film incentive and expanding workforce development programs in the state, Prairie Surf Studios landed a very high profile client with Taylor Sheridan's television series for Paramount Plus, Tulsa King starring Sylvester Stallone. Proving that larger productions work in Oklahoma, Prairie Surf Media is now focusing on their true passion - producing and creating content.Cannon lives in Oklahoma City with her husband Noah Engh, a singer and songwriter, and their son, August.