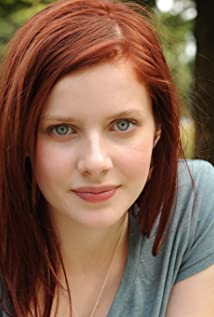 Rachel Clare Hurd-Wood is an English actress and model, best known for her roles as Wendy Darling in Peter Pan (2003), Corrie McKenzie in Tomorrow, When the War Began (2010), and Sibyl Vane in Dorian Gray (2009). She was born on 17 August 1990 in the Streatham district of South London, England, as daughter of Philip and Sarah Hurd-Wood. Hurd-Wood's career in acting started in 2002 when she was picked for the role of Wendy Darling, after her grandparents spotted a television clip that said P.J. Hogan was searching for a "young English rose" for the feature film Peter Pan. She traveled to Gold Coast, Australia for eight months for filming. Her performance received good reviews and was nominated for a Saturn Award for Best Performance by a Younger Actor, and a Young Artist Award for Best Performance in a Feature Film - Leading Young Actress. Hurd-Wood portrayed the character Imogen Helhoughton in the 2004 TV film Sherlock Holmes and the Case of the Silk Stocking, as a 13-year-old victim of a serial killer. Also in 2004, she had a major role of Betsy Bell in the thriller An American Haunting, as a girl who is haunted and tormented by an unrelenting demon. Hurd-Wood was nominated for the 2006 Teen Choice Awards in the category Movie - Choice Scream for her role. In 2005 she appeared in an adaptation of the best-selling novel by German writer Patrick Süskind, Perfume: The Story of a Murderer. Set in 18th century France, Hurd-Wood portrayed Laura Richis, the red-headed virgin daughter of a politically connected merchant played by Alan Rickman. She had her brunette hair dyed red. She was nominated for the "Best Supporting Actress" award at the 33rd Saturn Awards by The Academy of Science Fiction, Fantasy and Horror Films for her role. The year 2007 saw Hurd-Wood starring as a waitress in the music video for the song "A Little Bit" by Madeleine Peyroux. In the 2008 film Solomon Kane, she played Meredith Crowthorn, a Puritan captured by a band of marauders who killed her family and whom Kane sought to rescue. Her younger brother Patrick appears in the film as her brother Samuel. During filming, Hurd-Wood studied for her GCSE A-levels at Godalming College in Surrey. Later in the year she acted in the film Dorian Gray based on the Oscar Wilde novel, The Picture of Dorian Gray. She was in the small but key role of the young budding actress Sibyl Vane, with whom Gray falls in love. She was studying in the first year of the linguistics course at UCL while working in this film. In her first contemporary role, Hurd-Wood was cast as Corrie Mackenzie, one of the principal characters in the 2009 Australian action-adventure film Tomorrow, When the War Began, based on the novel by John Marsden. At this point, she discontinued studying for a Linguistics degree to concentrate full-time on acting. Hurd-Wood portrayed the lead character Mae-West O'Mara in the 2010 film Hideaways, narrating a story to her six-year-old daughter, about the strange powers of the men in the Furlong family. Her performance was well-received by critics. Later in the year, she played the younger version of the character Isabel, played by Jenny Agutter, in the short film The Mapmaker. Also in the same year, she was featured in the music video for "Revolver" by Warehouse Republic. In 2014, Hurd-Wood played the female lead role of Elisabeth James in the film Highway to Dhampus, a story about the effect foreigners in Nepal and Nepali expatriates have on the locals.

For Love or Money

Tomorrow, When the War Began

Perfume: The Story of a Murderer