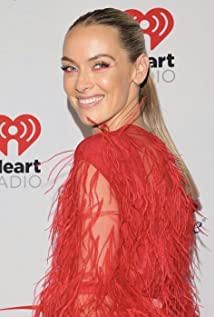 Rachel Alice Marie Skarsten was born April 23, 1985 in Toronto, to Mary Aileen (Self) and Dr. Stan Skarsten. She has a younger brother, Jonathan.Rachel danced for the Royal Academy of Dance for twelve years, earning her Elementary Level with distinction in 1999. After an injury to her ankle, Rachel was forced to give up dance and turned to sports. She played at the highest level of competitive female hockey as a goalie for the Leaside Wildcats in Toronto, where in 2002 she won the Toronto City Championships in a shootout.One of her first movie roles was Caroline Lofton on Virginia's Run (2002)At 16 she won a major role -- that of superhero Black Canary/Dinah Lance -- in the WB series Birds of Prey (2002), after being discovered by Producer Brian Robins. After the show was canceled, she moved home from Los Angeles eager to take a hiatus from acting, to graduate high school and pursue an undergraduate degree. After graduating from Earl Haig Secondary School in the top 10% of her class, and being named an Ontario Scholar, she was accepted into the prestigious Canadian Queen's University. There she completed a double major in English Literature and Classical History. After graduation, she backpacked around Western Europe for four months with friends. She moved back to Los Angeles in the spring of 2008.Following this, she returned to acting with arcs on Flashpoint, The Listener and The LA Complex.Rachel represented the role of Tamsin in the supernatural crime drama television series Lost Girl (2010-2016), Andrea in the successful movie Fifty Shades of Grey (2015), Queen Elizabeth I in the CW series Reign; she was seen too in Aaron Sorkin's Molly's Game (2017) and recently she played Poppy Langmore in the second season of Bravo's Imposters (2018), from Universal Cable Productions.

Marry Me at Christmas