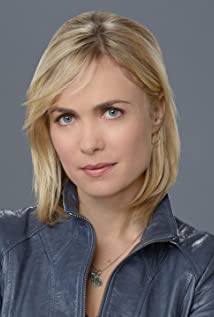 Radha Mitchell (born 12 November 1973) is an Australian actress. She started her career acting in various Australian TV series and movies, and later became known for her appearance in Hollywood films. Mitchell, a native of Melbourne, began acting when she was still in high school and had her professional debut on the popular Australian soap, Neighbours (1985) in 1994. Two years later, she made her film debut in the romantic comedy Love and Other Catastrophes (1996), in which she starred as a college student experiencing a messy breakup. The film proved to be fairly popular in Australia, but it wasn't until she was cast in High Art (1998) that Mitchell gained an introduction to a wider audience. The critical success of "High Art" made it possible for her to do more international work, and her increasing popularity was reflected by her subsequent casting in a number of projects. Among them were Pitch Black (2000), a sci-fi horror film in which Mitchell played a pilot whose ship crashes on a hostile planet, and Everything Put Together (2000), a drama where she plays a suburban woman shunned by her peers after the death of her baby. Her career continued with a diverse run of films, including Nobody's Baby (2001), Man on Fire (2004), Finding Neverland (2004), and landing the lead in Woody Allen's Melinda and Melinda (2004). Those last three films all hit the screens in 2004, and although kept working steadily, she never quite capitalized on the buzz she generated that year. Her other credits include Silent Hill (2006), Henry Poole Is Here (2008), Surrogates (2009) and The Crazies (2010).