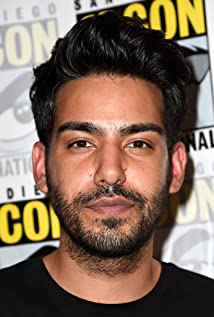 Rahul Kohli was born on 13th November 1985 in London. Rahul began acting in school plays at an early age, but it wasn't until he was 17 that drama became his main focus. After leaving college having studied Film, Rahul applied for drama schools with the hope to begin his career as a performer. Having been accepted at school, Rahul began to learn his trade on stage, performing in various productions from William Shakespeare's Henry V to Eduardo De Filippo's Sabato, domenica e lunedi. After leaving the theatre and acquiring an agent, Rahul has been working on British television ever since, performing in well known British dramas such as Eastenders and Holby City, to working on worldwide advertising campaigns for Heineken and Sony. While screen acting has always been his primary focus, Rahul has still enjoyed success on stage in his professional career, with a stint at The National Theatre working with acclaimed director Howard Davies.