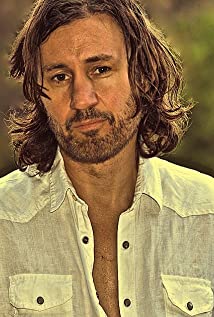 Randy trained as an actor at the renowned and versatile Circle in the Square conservatory (Kevin Bacon, Benicia Del Toro, Lady Gaga, Phillip Seymour Hoffman, Idina Menzel, Molly Shannon) and worked in NYC theatre for 10 years before moving to Los Angeles.Believing that true success is in giving back, Randy grows his own food and is a National Spokesperson for the Farmer Veteran Coalition, which helps combat veterans reintegrate back into society through farming.He is a veteran of the XVIII Airborne Corps. United States Army. He joined when he was 17 years old.His first TV role was in the final episode of Sex & the City on HBO.Randy wrote and starred in Joy Division, a short film that debuted nationally at the Nantucket Film Festival.Randy spent his early childhood in Chicago, IL.At 12 years old, he moved to rural Luray, TN to live and work on his Uncle's farm, where his appreciation for agriculture comes from.In 2011, Randy led "Teaching Gardens" to national prominence, building 15 urban gardens in some of South LA's most at-risk elementary schools. He has worked with over 10,000 children teaching about food, nutrition and nature. The program was adopted by The American Heart Association. There are now over 500 Teaching Gardens in the United States.

Sex and the City