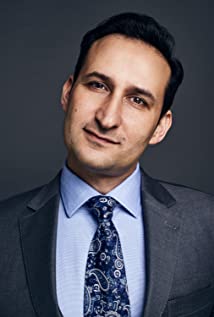 A British-born Indo/Irish Canadian, Raoul has worked extensively on screen and on stage since his graduation from the prestigious National Theatre School of Canada in 1996. A classically trained actor his first feature film was Extraordinary Visitor (Toronto International Film Festival 1998) in the role of John The Baptist opposite Mary Walsh and Andy Jones.He has performed in features ranging from art house dramas such as Ararat (Atom Egoyan) to Hollywood thrillers like The Sentinel (Clark Johnson) to indie darlings such as Touch of Pink (Ian Rashid), the romantic comedy The Right Kind of Wrong (Jeremiah Chechik) and the political drama Miss Sloane (John Madden) opposite Jessica Chastian and Sam Waterston. Upcoming feature includes indie horror/thriller Possessor (Brandon Cronenberg) opposite Chris Abbott.On television he has had series leads and major recurring roles on both American and Canadian projects ranging from Blindspot (NBC), Grand Army (Netflix), Titans (DC Universe/Netflix), over 250 episodes of the cult hit Train 48 (Global TV/Amazon Prime Canada), The Dresden Files (Syfy) and Runaway (CW) and guest stars on Grey's Anatomy (ABC), Suits (USA), Beauty and The Beast (CBS), Rookie Blues (ABC) and 15 different projects with the Canadian Broadcasting Corporation.On stage he has extensively toured his one man show Hamlet (solo) and his Dora award nominated musical Life, Death and The Blues. In Toronto he has premiered a number of seminal new works and most recently produced and starred in the Toronto premiere of Pulitzer Prize winner Disgraced by Ayad Akhtar which broke box office records at The Panasonic Theatre. An accomplished musician he has lead his award winning blues band Raoul and The Big Time since 1998 and they continue to be active on tour and in the studio.