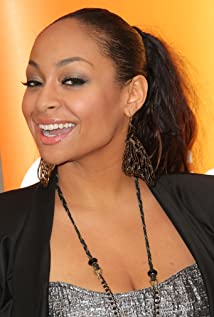 Raven-Symoné Christina Pearman was born on December 10, 1985 in Atlanta, Georgia to Lydia Louise Gaulden Pearman and Christopher Blaize Pearman; the family moved to Ossining, New York when Raven-Symone was very young. While they lived there, Raven signed with the Ford Modeling Agency, who sent her out on an audition for a movie called Ghost Dad (1990), which also starred the legendary Bill Cosby. She was deemed too young for the role since was only 3 years old, but Cosby could see she had talent. They asked Raven to come back to read lines, and she did so well that she got a starring role as Olivia on the last three seasons of The Cosby Show (1984). After the show finished its run, she decided to try something new: singing. In 1993, she became the youngest person ever to sign with MCA Records. She also went back to acting with a starring role in Hangin' with Mr. Cooper (1992) alongside Mark Curry, and a small role in the TV mini-series Queen (1993). After another small role in the feature film The Little Rascals (1994) and the role of Goldilocks in the TV series Happily Ever After: Fairy Tales for Every Child (1995), "Hangin' with Mr. Cooper" ended.Raven's singing career was doing well and she landed a role in Doctor Dolittle (1998) alongside Eddie Murphy and a made-for-TV movie, Zenon: Girl of the 21st Century (1999). She also starred in Dr. Dolittle 2 (2001), but she was not available to do Zenon: The Zequel (2001). However, the Walt Disney Company, which made the Zenon movies, wanted her back to do a pilot for a new Disney TV show called "Absolutely Psychic," in which she would be a supporting character. She impressed them so much that they they made the show about her and changed the name to That's So Raven (2003). After the show was a hit, she did the made-for-TV movie The Cheetah Girls (2003) and recorded a new album. A movie based on "That's So Raven" may be in the works.