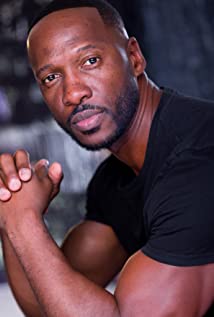 Born and raised in San Jose, CA Reggie Watkins has been acting his entire life. As a child he performed in the "Kids Skits" theater company in Denver, CO. Also an athlete, Reggie played Collegiate Football as a wide receiver until a torn ACL ended his career at 21. No longer able to play he moved to Los Angeles to pursue his other dream. His first "Hollywood" job was doorman at the world famous Comedy Store. He earned his stripes doing stand up with the likes of Dane Cook and Dave Chappelle. His first TV job was as an escaped convict on the ABC Family series "Lincoln Heights" and a commercial for Bud Light. Recently he's recurred on Amazon's critically acclaimed series "Bosch" and NBC's "This Is Us" and recently Guest Starred on ABC's "The Rookie". Repped Theatrically by BRS-Gage and Managed by Aligned Talent Group.