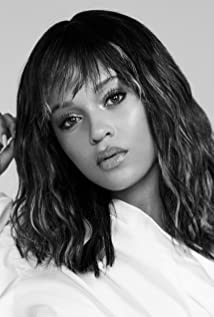 Reign Edwards is an American Singer, songwriter, and actress known for her roles as Nicole Avant, the younger sister of Maya Avant, on the soap opera The Bold and the Beautiful (1987), Leanna Martin on the 2016 series reboot MacGyver (2016), and as Melody Wright on Snowfall. She was born on December 1 in Harfourd County, Maryland as one of three children including an older and younger sister. After debuting in a minor role in the romance drama Explicit Ills (2008), Edwards went on to guest star in series including The Thundermans (2013) and K.C. Undercover (2015) during 2015. In that same year she landed her first major role as Nicole Avant in The Bold and the Beautiful (1987). Further television credits include guest appearances on the drama series Snowfall (2017). Ms. Edwards also went on to make her first major film role debut in the 2018 horror feature Hell Fest (2018). Away from acting, Edwards enjoys shopping, dancing to lyrical hip-hop and creating music in the recording studio.

The Bold and the Beautiful