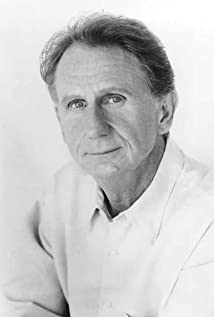 René Murat Auberjonois was born on June 1, 1940 in New York City, to Princess Laure Louise Napoléone Eugénie Caroline (Murat), who was born in Paris, and Fernand Auberjonois, who was Swiss-born. René was born into an already artistic family, which included his grandfather, a well-known Swiss painter, and his father, a Pulitzer-nominated writer and Cold War-era foreign correspondent. The Auberjonois family moved to Paris shortly after World War II, and it was there that René made an important career decision at the age of six. When his school put on a musical performance for the parents, little René was given the honor of conducting his classmates in a rendition of "Do You Know the Muffin Man?". When the performance was over, René took a bow, and, knowing that he was not the real conductor, imagined that he had been acting. He decided then and there that he wanted to be an actor. After leaving Paris, the Auberjonois family moved into an Artist's Colony in upstate New York.At an early age, René was surrounded by musicians, composers and actors. Among his neighbors were Helen Hayes, Burgess Meredith and John Houseman, who would later become an important mentor. Houseman gave René his first theater job at the age of 16, as an apprentice at a theater in Stratford, Connecticut. René would later teach at Juilliard under Houseman. René attended Carnegie-Mellon University and studied theater completely, not only learning about acting but about the entire process of producing a play. After graduating from CMU, René acted with various theater companies, including San Francisco's American Conservatory Theater and Los Angeles' Mark Taper Forum. In 1969, he won a role in his first Broadway musical, "Coco" (with Katharine Hepburn), for which he won a Tony Award.Throughout his life, René acted in a variety of theater productions, films and television presentations, including a rather famous stint as Clayton Endicott III on the comedy series Benson (1979), not to mention seven years on Star Trek: Deep Space Nine (1993) as Odo. René also performed dramatic readings of a variety of books on tape, and appeared in projects like The Patriot (2000), starring Mel Gibson, Sally Hemings: An American Scandal (2000), and NBC's Frasier (1993) and ABC's The Practice (1997).