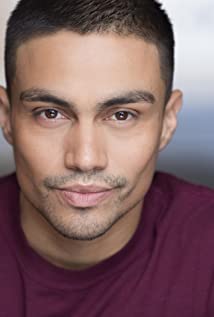 Rene Moran was born in Santa Ana, El Salvador. When he was still a baby, his family fled to the U.S. and he was raised in Orlando, Florida.Rene is best know for his role as "Amo Cortez" in the 20th Century Fox feature film STUBER, executive produced by Jeremiah Samuels, where he performs opposite Dave Bautista and Kumail Nanjiani (2019). Prior to that, he was known for his stand out performance as "Ben Carter" on the fourth season of Shonda Rhimes ABC hit show, HOW TO GET AWAY WITH MURDER (2018) and portrayed beloved fan favorite "Nacho" as a recurring character on ABC Family's top hit series SWITCHED AT BIRTH (2015).Previously, Rene starred as "Jose" opposite Micheal Peña and Dax Shepard in the Warner Bros. comedy feature film CHIPS, executive produced by Robert J. Dohrmann (2017). In addition, he recurred as "Oscar Pineto" on Amazon Prime's top-rated show BOSCH (2019) and first gained any notoriety recurring as "Jairo" on season four of SHOWTIME's award winning comedy-drama series SHAMELESS, executive produced by John Wells (2014).Rene is fluent in Spanish and English. He loves being outdoors and exploring remote destinations, both local and far. His dedication to the craft comes from his passion to continue to evolve as an artist and when not working enjoys spending time with his family and close friends. A life that would not be complete without his two rescue pups, Nala and Milo.