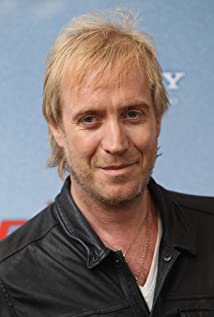 Rhys Ifans was born and raised in Haverfordwest, Pembrokeshire, Wales, the son of teacher parents, Beti Wyn (Davies) and Eirwyn Evans. He was educated in two Welsh language schools - Ysgol Pentrecelyn, where his mother taught, and Ysgol Maes Garmon. During his childhood, Ifans showed an interest in performing and attended youth acting school. He went on to train at the Guildhall School of Music and Drama in London.Ifans made his small screen debut as the host of Welsh children's TV show, Stwnsh. Various roles in theater and Welsh language television also followed. His breakthrough on the big screen came in the British hit Twin Town (1997), where he acting alongside his younger brother Llyr Ifans. More film success followed, notably as Hugh Grant's scruffy housemate in Notting Hill (1999). Other projects include Dancing at Lughnasa (1998) , Little Nicky (2000), Enduring Love (2004), Elizabeth: The Golden Age (2007), Harry Potter and the Deathly Hallows: Part 1 (2010) and The Amazing Spider-Man (2012).In 2004, he played iconic British comedian Peter Cook in the TV film Not Only But Always (2004). His performance earned him an Emmy nomination and a BAFTA award for Best Actor.

The Marriage of Reason & Squalor