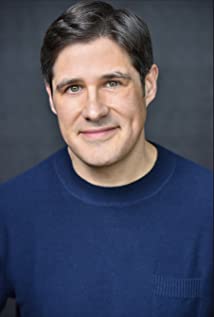 Sommer returned to Cleveland in 2008 to teach a master class at the Case Western Reserve University / Cleveland Play House graduate program. He earned an MFA in the program in 2004.Sommer planned his future in improv comedy during his Play House days. He has performed with the Upright Citizens Brigade improv troupe, but the bulk of his career has been in television and film.Sommer's career is a fulfillment of a childhood dream. He was born in Toledo, and lived in Rocky River and Cuyahoga Falls (Ohio). When he was eight his family moved to Stillwater, Minnesota and graduated from Stillwater Area High School in 1996 and went on to study theater at Concordia College in Moorhead.He did odd jobs and improv after graduating from college, but wanted to act full time. He saw an ad in a theater magazine about the Cleveland Play House graduate program and applied.He and his wife, Virginia Donohoe Sommer, met as graduate students. The couple moved to New York in 2004, married the following year and moved to Los Angeles in 2007. Virginia Sommer is a full-time mom to the couple's two children (Beatrice c. 2007 and Patrick Ryan, August 31, 2010).At the start of his career, he wished for one legacy job -- something to tell the grandchildren about. With 'Mad Men' he has that.