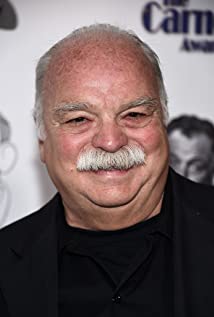 Richard Riehle was born in Menomonee Falls, Wisconsin, to Mary Margaret (Walsh), a nurse, and Herbert John Riehle, an assistant postmaster. He is of German and Irish descent. Richard attended the University of Notre Dame, where he became heavily involved with the University Theatre. Appearing in such productions as "Luther", "Antigone", "Rhinoceros", "Romeo and Juliet", and "How To Succeed In Business Without Really Trying", he also took on the task of stage manager on many of these productions, and it was not unusual to find him helping to build the sets or manage the costumes during this period. Graduating with a B.A. (cum laude) in 1970, Richard traveled to Salzburg and Innsbruck to study German, a language in which he is fluent. Progressing to Academy of Dramatic Art in Rochester, Michigan, Richard has had extensive experience as a stage actor, as well as teaching acting, and made his Broadway debut in 1986 with "Execution of Justice". One of his major triumphs in the theatre has been alongside Kevin Spacey in the acclaimed 1999 revival of O'Neill's "The Iceman Cometh", in which he played the drunken, corrupt ex-cop Pat McGloin. Brief appearances in Rooster Cogburn, The Duchess and Dirtwater Fox, Joy Ride, and Twice in a Lifetime, as well as in such TV fare as Escape From Hell (1977), Joe Kennedy: The Forgotten Kennedy (1977), and the NBC series "Hot Pursuit" (1984) have disguised an expanding repertory theatre portfolio. Richard has also contributed to such diverse undertakings as Bay Area Radio's Eugene O'Neill Project (playing Smithers to Joe Morton's Brutis Jones in "The Emperor Jones") and the Adams-Jefferson Project of Carleton College, participating in a series of recordings of the correspondence between the two US Presidents. To this day, Richard has maintained his involvement in theatre workshops and encouraging the dramatic arts under the auspices of the Mark Taper Forum and A.S.K. However, since his scene-stealing cameo as the Quartermaster in 1989's Glory, with his trademark bushy mustache and heavyset frame, Richard has acquitted himself as one of the best, and busiest, character players on TV and in the movies.