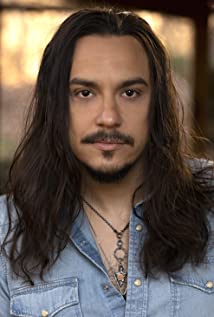 Ricky Russert the youngest child of three was born to entertain. While growing up in Kennewick, Washington, Ricky was the center of family functions always being put on the spot when he was asked to dance to keep the party amused.Brought up on sports his entire life, he grew up playing anything he could from baseball and football to basketball, while also becoming an international trophy winner in Tae-kwon-do at the age of 10.After graduating High School he received a scholarship to play college baseball and started his major in Business. It wasn't until after his sophomore year of college when Ricky hung up his baseball cleats and decided to give acting a chance. Already into his second semester in his junior year at Washington State University, Ricky enrolled in the theater department and was the lead in their productions of "The Shape of Things," "Cat on a Hot Tin Roof," "Fool For Love," and as Lago in "Othello."After graduating from Washington State University in 2005, Ricky decided to make the move to Los Angeles to pursue an acting career full time. In 2006, he appeared in a short film, All's Fair, and in the HBO movie Walkout.In 2008 Ricky decided to get back to his business roots and opened up his production company, Triple R Entertainment. He then received the opportunity to develop a project as a producer with the legendary television producer, Dick Clark.On television, Russert has been the guest star on various projects including Touch, Desire, Table for Three (Fox Productions) and, in 2013, he landed the role of "Tommy Littlestone" on the Cinemax Original Hit Series, Banshee.On June 25, 2015, he married nutritionist Nichole Dandrea. They live in Atlanta, Georgia, with their pets.

Flight of the Living Dead