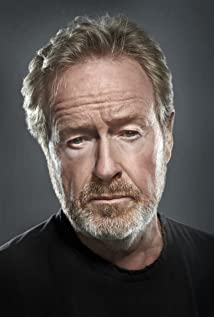 Described by film producer Michael Deeley as "the very best eye in the business", director Ridley Scott was born on November 30, 1937 in South Shields, Tyne and Wear (then County Durham). His father was an officer in the Royal Engineers and the family followed him as his career posted him throughout the United Kingdom and Europe before they eventually returned to Teesside. Scott wanted to join the Royal Army (his elder brother Frank had already joined the Merchant Navy) but his father encouraged him to develop his artistic talents instead and so he went to West Hartlepool College of Art and then London's Royal College of Art where he helped found the film department.In 1962, he joined the BBC as a trainee set designer working on several high profile series. He attended a trainee director's course while he was there and his first directing job was on an episode of the popular BBC police series Z Cars (1962), Z Cars: Error of Judgement (1965). More TV work followed until, frustrated by the poor financial rewards at the BBC, he went into advertising. With his younger brother, Tony Scott, he formed the advertising production company RSA (Ridley Scott Associates) in 1967 and spent the next 10 years making some of the best known and best loved TV adverts ever shown on British television, including a series of ads for Hovis bread set to the music of Dvorak's New World Symphony which are still talked about today ("'e were a great baker were our dad.")He began working with producer David Puttnam in the 1970s developing ideas for feature films. Their first joint endeavor, The Duellists (1977) won the Jury Prize for Best First Work at Cannes in 1977 and was nominated for the Palm d'Or, more than successfully launching Scott's feature film career. The success of Star Wars: Episode IV - A New Hope (1977) inspired Scott's interest in making science fiction and he accepted the offer to direct Dan O'Bannon's low budget science fiction horror movie Alien (1979), a critical and commercial success that firmly established his worldwide reputation as a movie director.Blade Runner (1982) followed in 1982 to, at best, a lukewarm reception from public and critics but in the years that followed, its reputation grew - and Scott's with it - as one of the most important sci-fi movies ever made. Scott's next major project was back in the advertising world where he created another of the most talked-about advertising spots in broadcast history when his "1984"-inspired ad for the new Apple Macintosh computer was aired during the Super Bowl on January 22, 1984. Scott's movie career has seen a few flops (notably Legend (1985) and 1492: Conquest of Paradise (1992)), but with successes like Thelma & Louise (1991), Gladiator (2000) and Black Hawk Down (2001) to offset them, his reputation remains solidly intact.Ridley Scott was awarded Knight Bachelor of the Order of the British Empire at the 2003 Queen's New Year Honours for his "substantial contribution to the British film industry". On July 3, 2015, he was awarded an honorary doctorate by the Royal College of Art in a ceremony at the Royal Albert Hall in London. He was awarded the BAFTA Fellowship in 2018. BAFTA described him as "a visionary director, one of the great British film-makers whose work has made an indelible mark on the history of cinema. Forty years since his directorial debut, his films continue to cross the boundaries of style and genre, engaging audiences and inspiring the next generation of film talent."

Clive Davis: The Soundtrack of Our Lives