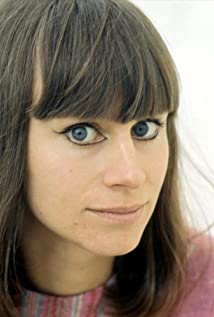 Rita Tushingham was born in Liverpool on March 14, 1942, and did her professional apprenticeship with the Liverpool Playhouse. In 1961, she made her film debut as a teenager in Tony Richardson's adaption of Shelagh Delaney's kitchen sink drama, A Taste of Honey (1961). For her work in that film, she won a BAFTA and the best actress award at the Cannes Film Festival. In 1963, she followed those up with a Golden Globe Award as most promising newcomer.In the first half of the Sixties, Tushingham became a symbol of the kitchen sink school of theater, which told stories about working class folk, people who had been ignored previously in class conscious England. It was a decade that saw the rise of a generation of actors born and raised outside Metropolitan London who refused to let go of their accents or adopt posh manners. She became one of the faces of the English New Wave. In 1964, Tushingham starred in Girl with Green Eyes (1964), an adaptation of an Edna O'Brien novel about a young Irish woman's affair with an older man, co-starring Peter Finch and Lynn Redgrave. She next starred as a working class woman married to a biker in Sidney J. Furie's cult classic The Leather Boys (1964), a film released at a time where Marlon Brando's biker opus The Wild One (1953) was still banned in Britain. She originated the role of Nancy in Ann Jellicoe's "The Knack...and How to Get It" at the Royal Court Theatre in 1962. The Royal Court was ground zero for the revolution in the British theater that started there in 1956 with John Osborne's Look Back in Anger (1959).She reached her high-water mark in 1965 when she reprised her stage role in the film version of The Knack... and How to Get It (1965) and played Omar Sharif (Yuri) and Julie Christie (Lara)'s love child in Doctor Zhivago (1965). While The Knack... and How to Get It (1965) was a box office hit, Doctor Zhivago (1965) was an international hit, one of cinema's all-time blockbusters. Her fame crested at the time her fellow Liverpudlians, The Beatles were establishing themselves as the biggest thing in post-WWII pop music.But as the second half of the 60s kicked in, Tushingham's stardom began to wane as that of her "Zhivago" co-star (and on-screen mum) Christie began to skyrocket, making her the face of Swinging London. Tushingham has continued to act for five more decades since the Sixties came to a close, the very definition of a successful career.

My Name Is Lenny