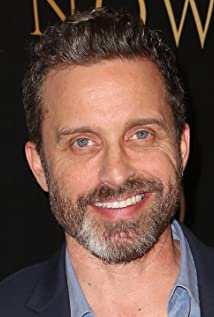 Rob Benedict is an actor best known for his roles in TV and films including "Felicity", "Supernatural" and the movie Waiting...Born and raised in Columbia, Missouri, Benedict received a degree in Performance Studies from Northwestern University. After graduating, his passion for theater lead him to performing in regional theaters across the country, including the critically acclaimed South Coast Repertory Theater in Costa Mesa, California. In addition he developed a one-man show based on the life of James Dean which he performed in Chicago and Los Angeles.In Los Angeles he began performing in improv and sketch comedy shows. Soon he ventured into the world of stand-up comedy and hosted a monthly show called "Die Laughing" in which he performed with the likes of Tig Navaro, Paul F. Tompkins and Zach Galifiankis.After a handful of guest star roles in tv, he was cast as "Richard Coad" in the critically acclaimed series "Felicity", which ran for 4 years on the WB. Since then, Rob has acted in more than 70 episodes of television and film over his 20 plus year career.In CBS's Threshold Benedict played physicist Lucas Pegg, member of a secret government team investigating the first contact with an extraterrestrial species. In seasons 4, 5, 10, 11, 14 and 15 of Supernatural he plays a writer, Chuck Shurley, previously thought to be a prophet of the lord but later revealed to be God. On Alias Benedict was Sydney Bristow's short-term CIA partner, Brodien. Additional early television series credits include Birds of Prey and Come to Papa, with guest appearances on NCIS, CSI, Monk, Medium, Chicago Hope, NYPD Blue, Buffy the Vampire Slayer, Snoops, Burn Notice, and Beverly Hills, 90210.More recent television credits include a recurring roles in Bosch, NCIS: New Orleans, Masters of Sex, Fox's Touch, Franklin & Bash, and the digital series Susanna with Anna Paquin. He also appeared as the irreverent power agent Jeremy Berger in the Starz Original comedy series Head Case. Other recent guest star appearances are Documentary: Now!, NCIS: Los Angeles, Criminal Minds: Beyond Borders, Shameless, Psych and Law and Order: Los Angeles.His feature film credits include A Little Help, with Jenna Fischer, State of Play with Russell Crowe. In 2005 he starred as Calvin in the cult comedy Waiting... with Ryan Reynolds, and later revised the role in the sequel Still Waiting... Other films include Kicking & Screaming, with Will Ferrell, Group Sex, Say Goodnight with Aaron Paul, Two Days, with Paul Rudd, The First $20 Million Is Always the Hardest, starring Rosario Dawson, and Not Another Teen Movie.He has amassed a few writing credits as well. In 2011, he co-wrote and starred in the independent short film Lifetripper, which made its debut at the LA Short Film Festival. He also co-wrote and played Miles Davis-Davidson in the Unauthorized Hangover 2 Documentary, which was featured on the DVD of The Hangover Part II. In 2013 he wrote, produced and starred in the 30 minute short film The Sidekick, which starred Jordan Peele, Lizzy Caplan, Ike Barinholtz, Ron Livingston and Jason Ritter.In 2017, He wrote, produced and starred in the 10 episode series Kings of Con with friend and fellow actor Richard Speight Jr.[1] The series first aired on Comic-ConHQ and currently can be found on CWseed. The comedy series is set behind the scenes at fan conventions, based loosely on their real life experiences at said conventions.In 2019 he had a starring role in the independent feature 30 Miles From Nowhere, with Carrie Preston.When not acting, Benedict can be seen and heard as the front man of the LA based rock band Louden Swain, whose 7th record, "Splitting the Seams", was released in 1018.