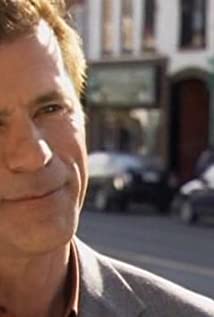 Rob was born in Canada in 1961 and when he was still a child he loved to play hockey and dreamed of becoming a professional player. However at the age of 17 he became badly injured while playing hockey and he lost a kidney. He had to give up his dream of becoming a professional hockey player and so he in fact fell into the entertainment business by accident. The injury forced him to turn down a number of athletic scholarships he had been offered. So, to put himself through the University of Waterloo, where he majored in Latin and English he took up his guitar, set some poems to music and sang in local restaurants. In the summers, he did stunts and acrobatics at Canada's Wonderland Amusement Park. Soon afterwards he found out his love for writing and while aspiring to be a writer, Rob held a variety of jobs, from bar tending to cowboy to maintenance man. He soon formed a writing partnership with his cousin and began his film career by writing, directing and starring in three television dramas: Come Spy With Me, Where There's A Will and Mark Of The Beast. Rob subsequently guested on various television series like for instance: Mount Royal and Hot Shots. He was the lead in the television pilot: Soulsearching Mystery Face. Internationally he became known for his part of Nick Slaughter in the series Tropical Heat a.k.a. Sweating Bullets. Rob wrote several episodes of the series ofwhich some together with James Gordon and he also directed a number of episodes. 'I took the biggest gamble of my life when I turned down the offer to play the lead role in the TV sitcom Scoop before my part in Tropical Heat was confirmed. It was the best decision I have ever made!' Rob summarized. 'The part of Nick was tailor-made for me', smiles Rob. Since Tropical Heat came to an end Rob has honed his skills with a number of independent films, TV guest appearances, more writing and directing!! He married a girl he'd met during the shooting of Tropical Heat and in 1996 he became father of a son. He and his family now live in Los Angeles.

Too Close For Christmas