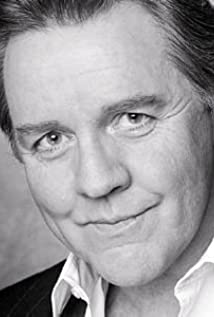 Born in New York, rugged, virile, hard-looking action star Robert Ginty initially sought a career in music, becoming involved in several rock bands from age 16 on. During this stage he actually got to play and hang out with several rock legends, including Jimi Hendrix, Janis Joplin, Carlos Santana and John Lee Hooker. In the 1970s, however, he switched gears and gave acting a try.Trained at the Neighborhood Playhouse and the Actors Studio for a time, he eventually found himself thriving in the regional theater circuit. Harold Prince brought him to Broadway as his assistant after seeing him perform William Shakespeare's works in New Hampshire. Eventually Hollywood beckoned and Ginty journeyed to the western shore, where he found frequent work as a strong-armed player on TV action. Finding a steady role on Black Sheep Squadron (1976) and bit parts in Bound for Glory (1976) and Two-Minute Warning (1976), he made his biggest impression as Bruce Dern's pal in Coming Home (1978).Around the time he was appearing in the series The Paper Chase (1978), Robert won his first film action lead in The Exterminator (1980), which became a surprising box-office hit. Soon Ginty was on a roll, emulating Clint Eastwood and Sylvester Stallone as a high-action anti-hero. He formed his own production company that distributed his vehicles both here and abroad. Most were crudely made on very limited budgets, but he has nevertheless done quite well for himself as a writer/producer/director, especially overseas, with such assembly-line fare as Gold Raiders (1982), which was filmed in Thailand; Cop Target (1990), which was shot in France; and the sequel to his first big hit, Exterminator 2 (1984).Ginty did not slow down into the late 1990s, performing producing and directing chores on such shows as China Beach (1988), Xena: Warrior Princess (1995), Nash Bridges (1996), Charmed (1998) and Tracker (2001). He has also been a viable presence as a director on the experimental theater scene, particularly in Europe. He directed a rap/hip-hop musical version of Anthony Burgess' "A Clockwork Orange" to fine reviews.Married three times, Robert Ginty died of cancer at age 60 and was survived by third wife Michelle and two children: Marissa (by actress Lorna Patterson) and James Francis Ginty (by wife Francine Tacker).

Honey, I Shrunk the Kids: The TV Show

Shootfighter: Fight to the Death