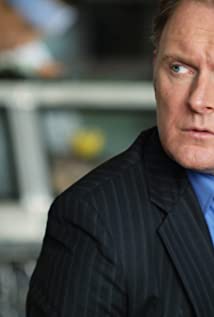 Robert Glenister (born 11 March 1960) is a popular British actor probably best known, among other roles, as con-man Ash "Three Socks" Morgan in the hit British TV series Hustle (2004) and his appearances in MI-5 (2002). His impressive career has spanned nearly three decades, and he has starred in several hit British television shows and acted in films.He is the son of director John Glenister and the brother of actor Philip Glenister, who plays "DCI Gene Hunt" in Life on Mars (2006). His ex-wife is actress Amanda Redman, with whom he has a daughter, Emily Glenister, born in 1987. He and his current wife, Celia Glenister, have a son, Thomas Glenister, born in 1996. His sister-in-law is actress Beth Goddard.Glenister appeared regularly in the BBC sitcom Sink or Swim (1980) from 1980 until 1982. He has also appeared in shows such as Soldier Soldier (1991), Doctor Who (1963) (in the serial "The Caves of Androzani", opposite his Sink or Swim (1980) co-star Peter Davison), Only Fools and Horses (1981), A Touch of Frost (1992), as well as several films.He is probably best-known for his starring role in the BBC drama Hustle (2004), which has been exported to audiences across the globe. His character in the drama, "Ash Morgan", is a high-level con-man who has to convincingly play various roles or characters in order to pull off a con and lure a "mark". This perfectly showcases Glenister's versatile acting range and ability. He also had a regular starring role in the BBC drama MI-5 (2002).His renowned on-screen presence and charismatic performances mean that Glenister continues to be a much sought-after actor on British television.

Close to the Enemy

Code of a Killer