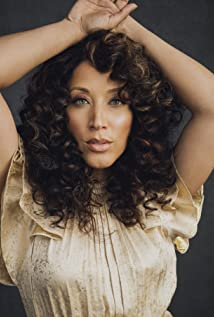 Robin Thede is a comedy writer, sketch/improvisational comedian and actress. She attended Northwestern University in Evanston, Illinois, earning a B.S.J. degree in Broadcast Journalism and African-American Studies. After college, Robin studied improvisation, sketch and comedy writing at The Second City in Chicago.She is the creator, executive producer and star of "A Black Lady Sketch Show" (HBO). Prior, she created, executive produced and hosted the critically acclaimed late night show, "The Rundown with Robin Thede" (BET). Robin was named one of Variety's Top Ten Comics to Watch in 2019.Prior, she was head writer and correspondent for The Nightly Show with Larry Wilmore (2015) and as the head writer for the White House Correspondents Dinner (2016), making her the first African-American woman head writer in late night history and for the WHCD. Robin was also head writer on The Queen Latifah Show (2013), and wrote on Kevin Hart's sitcom Real Husbands of Hollywood (2013). She was a writer/performer on the sketch comedy series "In The Flow With Affion Crockett" (FOX) and has appeared in dozens of TV shows and movies, including Difficult People, Key & Peele, A Haunted House, and more. She will next appear in the upcoming thriller feature "Bad Hair" from writer/director Justin Simien.Robin has written for dozens of comedians, including Chris Rock, Kevin Hart, Anthony Anderson, Mike Epps, Jamie Foxx and more. She has written for numerous award shows and specials, including the MTV Video Music Awards, The BET Awards, UNCF: An Evening of Stars, BET Hip Hop Awards and BET Honors. She was also a regular contributor for Funny or Die, where she created several viral sketches, including the viral hit "Every Little Step" with Mike Tyson, Wayne Brady and Bobby Brown.