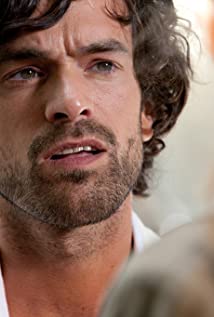 Appealing actor Romain Duris is the exact example of those who arrived in the movie industry by chance, and to stardom without really desiring it. Discovered by a casting director while he was waiting in front of a high school in Paris, he was offered a role. Between popular successes such as Good Old Daze (1994), Dobermann (1997), Tom Thumb (2001), The Spanish Apartment (2002) or Arsène Lupin (2004), and independent films like Seventeen Times Cécile Cassard (2002), Exiles (2004), The Crazy Stranger (1997), Being Light (2001), Déjà mort (1998) or When the Cat's Away (1996), Duris proves to be versatile enough to be credible as a bandit, as a homosexual, or simply as a French student in the streets of Barcelona. The consecration has been The Beat That My Heart Skipped (2005); now Duris is seen as an excellent and touching actor by the critics and by the audience.

Just a Breath Away