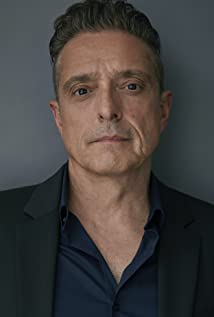 Born in Montreal and raised within a working class family, whose parents immigrated from England and previously Italy, Romano who is fluent in four languages went to college initially studying mechanical engineering. He changed his formative studies towards literature, the fine arts, filmmaking and theatre. Mostly due to seeing the films "City Lights" by Charlie Chaplin and "The Exterminating Angel" by Luis Bunuel, along with reading Sean O'Casey's "Juno and the Paycock" and watching a production of Frank McGuinness's play "Observe the Sons of Ulster Marching Towards the Somme". This early visceral exposure definitely helped with his path in becoming an actor. Looking to find direction in supporting his inner voice, he also began experimenting as the singer of a post-punk band called the Pubic Beards (a wording borrowed from Allen Ginsburg's poem "Howl"). The experience of being on stage and performing in short films imbued a need for training. He signed up for workshop classes helmed by Joe Dowling, former Artistic Director of the Guthrie Theatre in Minneapolis and the Abbey Theatre in Dublin. Upon completing these studies, and with Mr. Dowling's counsel, he chose to move to New York City to further strengthen his acting education. He collectively dedicated a total of five years of training at The Lee Strasberg Theatre Institute, intensive workshops with Ron Stetson in the Sanford Meisner Technique at Stetson Studios and another workshop with Group Theatre alumni Bobby Lewis. Though it was most importantly a three year tenure at the Stella Adler Theatre Conservatory that truly clinched it for him. Especially with his graduating year under the guidance of the legendary teacher herself. The three year program included luminary teachers Alice Winston, Jimmy Tripp and Casey Keziah, the latter whom helped Romano to delve into the poetry and truths within Shakespeare's works.While in his third year at the Stella Adler Conservatory, Romano professionally debuted in the acclaimed bio-pic film "Bix", portraying the legendary jazz pianist and songwriter Hoagy Carmichael. The film premiered in competition at the May 1991 Cannes Film Festival. Romano earned outstanding reviews in the Hollywood Reporter and Variety for playing this iconic American jazz musician. Learning the piano for 5 songs that he actually plays in the film. Shortly after in the same year, an unfortunate near death car accident would put a complete stop to all of his rising ambitions. The subsequent hospitalization and struggle that ensued, would slowly force upon him the desperate search to find his road of repair. While mentally and physically recuperating, he strived to encourage himself with what little there was left to ignite... Particularly for the lead role of Ivan in the truly independent film "Burnt Eden". Romano's very honest and searing performance in the film would be honored with The Yves Montand Best Actor Award at the 1998 Kiev International Film Festival. Soon after he was also nominated for Best Lead Actor at the following events: The 1999 Gemini Awards and the 2000 Gala Metro Star Awards, both for the critically, highly acclaimed and memorable television series "Omertà", in which he also performed speaking in four different languages. Other nominations include the 2006 ACTRA Award in a supporting role for "Baby For Sale" and the 2007 Minesota SMMASH Film Festival's Best Male Actor category for "The Overlookers".In the numerous productions that have followed, performing in roles for features and series like "Taken", "Assassin's Creed Lineage", "White House Down", "Immortals", The Punisher:War Zone just to name a few, he has worked alongside plenty of the best names in the industry. It has driven him to continuously hone his skills. Giving Romano a sincere appreciation for the authentic and collective experience. Through his beginnings the hard work has confirmed that one is never alone when creating the beauty and magic of storytelling. Never forgetting his blue-collar roots, his definitive beliefs in fighting tooth and nail for defending the truths of the characters embodied, has profoundly entrenched within him what it genuinely means to be a journeyman actor.