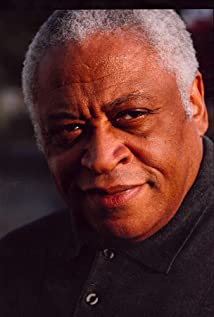 Ron Canada's acting career spans 41 years of work in Theatre, Film and Television. From 'Adventures in Babysitting,' 'Home Alone 2,' 'National Treasure,' 'An American President,' 'Cinderella Man,' 'Wedding Crashers' and 'Ted 2,' Ron has memorably performed in many of the country's most popular films. He received the Dallas Film Critics Award for 'Lone Star' (directed by John Sayles) and has performed memorably in films such as 'The Human Stain,' 'The United States of Leland,' 'The Hunted,' 'Man of the House,' 'Above Suspicion' and 'The Last of the Finest.' Recent films include 'The Discovery' (with Robert Redford), 'Crown Heights' and 'The Empty Man.'Television audiences have appreciated the wide range and variety of work he has done over the years in everything from 'Star Trek' (The Next Generation, Deep Space 9, Voyager) to the more recent 'The Affair' and 'Madam Secretary.' A partial list of television performances includes: 'The Orville,' 'The West Wing,' 'The Good Fight,' 'NYPD Blue,' 'Blue Bloods,' and 'The Strain,' just to name a few.Ron's career began in the Theatre and he returns to the stage whenever he can, as an actor, a director, and a producer. He has performed all over the country in classical and contemporary theatre.Prior to finding his passion as an actor, Ron was a professional Broadcast journalist working in Washington, D.C. for ABC Hearst Broadcasting, Maryland Public Broadcasting and Voice of America. He received both the 1977 Emmy Award and the 1978 Associated Press Broadcasters Award in that field. He began his acting career at Washington, D.C.'s famous Arena Stage after training in D.C. at The Folger Theatre.