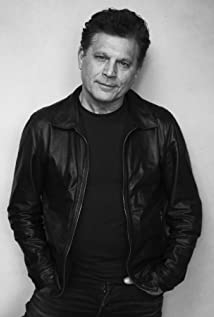 Director and producer Ron Chapman is an award-winning Toronto filmmaker. His feature documentaries have garnered acclaim worldwide and have aired on major networks and platforms. They include: Who the F**K is Arthur Fogel, featuring Lady Gaga, U2, The Police, Madonna, Rush, and key music industry insiders; The Poet of Havana, with Carlos Varela, Benicio Del Toro, Jackson Browne; and The Forbidden Shore, an in-depth exploration of Cuba's top musical artists. Shelter , an inspirational story about a unique group of immigrants, is one of three films Ron has produced and directed that have been released 2021. His other documentary feature From Earth to Sky, the story of seven Indigenous architects from Turtle Island, had its world-broadcast premiere on TVO, June 21st 2021, National Indigenous Peoples Day. Carlos Varela: Live in Havana was released internationally in January 2021, along with a special limited edition boxed set including The Poet of Havana, Carlos Varela Live in Havana, and a double album of the live concert. Ron is in production on a new music documentary investigating 1969's The Toronto Rock N Roll Revival - what Rolling Stone called "the second most important event in rock history" - with John Lennon and the Plastic Ono Band, Bo Diddly, Jerry Lee Lewis, Chuck Berry, Gene Vincent, The Doors, Chicago and more, for release 2022. Ron has had a lifetime of creative entrepreneurship, starting out as a musician, he became an artist manager, record producer, club owner, and concert promoter; and evolved to develop his own film production company, and advertising agency, where he produced and directed commercials for international brands. His album of original songs, As Worlds Collide, is on Current Records, with recent single and video "Turn Away".

Who the F**K Is Arthur Fogel