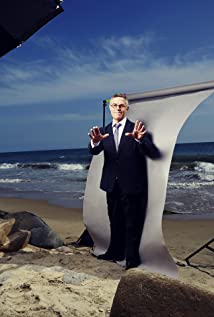 A director who is equally adept at working in television as well as features, Southern California native Ron Underwood has been making films since 5th grade and was winning Eastman Kodak filmmaking awards by the time he was in his teens. After graduating from University of Southern California, he completed a fellowship at the American Film Institute and then began his professional career in educational films. He directed more than 100 educational films before turning his attention to children's television. Underwood's ABC Weekend Special, The Mouse and the Motorcycle (1986), earned both a Peabody Award and an Emmy nomination.The director made his feature film debut in 1990 with the science fiction comedy Tremors. The film, which starred Kevin Bacon and Fred Ward, became a sleeper hit, spawning six sequels and a USA TV series. This success was followed with the blockbuster comedy City Slickers (1991), starring Billy Crystal and Jack Palance. One of the year's top grossing films, the film earned Palance an Academy Award for Best Supporting Actor. Underwood also directed the bittersweet fantasy-comedy Heart and Souls (1993), which starred Robert Downey, Jr. and Charles Grodin. He then directed Michael Keaton and Geena Davis in the romantic comedy Speechless (1994).In 1998, Underwood directed a remake of the classic 1949 adventure film Mighty Joe Young, starring Charlize Theron and Bill Paxton, alongside a bigger-than-life gorilla, which earned the film an Academy Award nomination for Best Visual Effects. He then directed The Adventures of Pluto Nash (2002), starring Eddie Murphy. The next feature film Underwood directed was the romantic comedy In the Mix, starring Usher Raymond and Chazz Palminteri (2005).Underwood directed the Showtime feature Stealing Sinatra (2003), starring David Arquette and William H. Macy, who received an Emmy nomination. Underwood re-teamed with Jack Palance on the Hallmark Hall of Fame production Back When We Were Grownups (2004), based on the popular Anne Tyler book and starring Blythe Danner, who received both Golden Globe and Emmy Award nominations for her performance. Underwood directed several other TV movies.In addition to directing long form films, Underwood has directed critically-acclaimed television series, including "Scandal", "Once Upon A Time", "Grey's Anatomy", "The Good Fight" and many others.