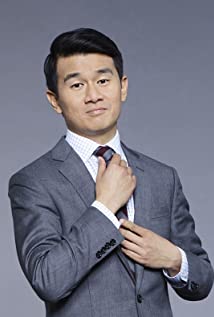 Ronny Chieng is a Chinese comedian and actor born in Malaysia and raised in New Hampshire and Singapore. He started performing stand-up in 2009 after graduating with a dual degree in Law and Commerce from The University of Melbourne, Australia. His act caught the attention of the esteemed Montreal Just for Laughs Comedy Festival, where he performed in 2012, 2013, 2015, and 2016. There he was noticed by comedians and talent scouts who helped him launch sold-out stand-up tours in Australia, Hong Kong, and Canada.Trevor Noah was among the many who loved Ronny's work at the JFL Festival and hired him for Comedy Central's 'The Daily Show' where he's been a correspondent since 2015. Back in Australia, Ronny co-created and starred in the sit-com 'Ronny Chieng: International Student', which aired in the US on Comedy Central and was based on his law school experiences. In 2016, he was named one of Variety's 10 Comics to Watch. In 2018, Ronny starred as Eddie Cheng in the blockbuster Warner Bros. film 'Crazy Rich Asians'. Ronny can most recently be seen in the Amazon film, 'Bliss' opposite Owen Wilson and Salma Hayek and Warner Bros.'s Godzilla v. Kong'.Ronny's stand-up has been televised on four Australian specials and NBC's 'Tonight Show Starring Jimmy Fallon'. He recently released his first Netflix Special, 'Ronny Chieng: Asian Comedian Destroys America!'.