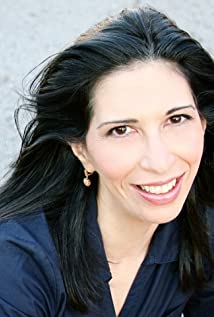 Rose Abdoo is currently playing Selma in "Reboot" on Hulu and Josefina in "Hacks" on HBO/Max. Rose is known for her television role as Gypsy in "Gilmore Girls" and Gypsy & Berta in the Netflix movies "Gilmore Girls: A Year in the Life." She was the recipient of the TVLine Best Comedy Revelation of 2016 for her dual role. Rose has over 110 television & movie credits, Other notable TV appearances: "Parenthood," "Scandal," "Grey's Anatomy," "Grace & Frankie," "The Comeback," and "Curb Your Enthusiasm." She is known to young fans as Señorita Rodriguez from "That's So Raven." Rose's film appearances include "The Guilt Trip" with Barbra Streisand, "My Best Friend's Wedding" and George Clooney's Oscar nominated "Good Night & Good Luck." She is the voice of several characters in "Hotel Transylvania 1&2" and is currently voicing several characters on the new series "Madagascar: A Little Wild." Rose plays Bev in "Barb and Star Go to Vista Del Mar" the critically acclaimed comedy film from Kristen Wiig & Annie Mumalo. Rose is also a recipient of L.A. Weekly's Female Solo Performer of the Year award.