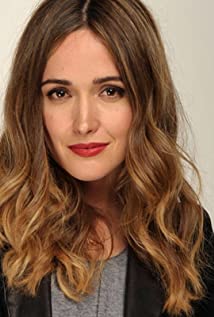 Rose Byrne was born in Balmain, Sydney, Australia. She is the daughter of Jane, a primary school administrator, and Robin Byrne, a semi-retired statistician and market researcher.She landed her first role in a movie, Dallas Doll (1994), when she was 15 years old.Since then, Rose has appeared in a variety of Australian televisions shows including Heartbreak High (1994), Echo Point (1995), and the film Two Hands (1999) alongside Heath Ledger. After this, she appeared in various movies like The Date (1999), My Mother Frank (2000), and Clara Law's The Goddess of 1967 (2000) for which she obtained the Female Volpi Cup at the Venice Festival in 2000.Her first experience on a big-budget movie came when she played handmaiden, Dormé, to Natalie Portman, Padmé Amidala, in Star Wars: Episode II - Attack of the Clones (2002). In 2003, she starred, coincidentally, as Rose Mortmain in the adaptation of Dodie Smith's I Capture the Castle (2003). In 2004, she acted in Wicker Park (2004) with Diane Kruger and Josh Hartnett. Here, she heard Wolfgang Petersen was looking for an actress for Briseis in his next movie Troy (2004) with Brad Pitt, she got the part and was recognised as one of the most promising actresses in Hollywood.After Troy (2004), she played Edith in a TV adaptation of Casanova (2005). In September 2005, she started to act in Sunshine (2007), a Danny Boyle movie, where she plays the pilot in a space mission.