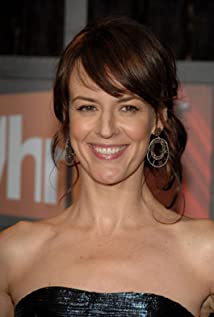 Rosemarie Braddock Dewitt who is also known as Rosemarie Dewitt is one of the most popular American actresses. She was born on 26th October 1971 in Flushing, Queens that lies in New York, USA. Her parents are Rosemarie Baddock and Kenny Dewitt. She has been featured in various roles in a number of movies and TV shows. She was raised in Hanover Township, New Jersey and she graduated from Whippany Park High School. She also used to perform in many high school productions. She is a granddaughter of former World Heavyweight Champion Jimmy Braddock, and played the role of neighbor Sara Wilson in the movie Cinderella Man (2005), which depicted Jimmy Braddock's life. DeWitt performed in numerous off Broadway plays. Most notably, she starred in John Patrick Shanley's Danny and the Deep Blue Sea at the Second Stage Theatre; George S. Kaufman's The Butter and Egg Man at the Atlantic Theater Company; and Craig Lucas' Small Tragedy, for which the entire cast won an Obie Award. From May 4-23, 2010, DeWitt appeared in MCC Theater's Off Broadway play Family Week, written by Beth Henley and directed by Jonathan Demme. In its review of the play, the New York Times stated that DeWitt's lead performance "has many affecting moments as the beleaguered Claire. DeWitt appeared in Showtime's series United States of Tara (2009) as Tara's sister, Charmaine. She appeared in Season 1 of the AMC series, Mad Men (2007), as Midge Daniels, lead character Don Draper's bohemian mistress, and returned for one episode in Season 4. She co-starred with Ron Livingston in the 2006-2007 Fox series Standoff (2006). She played FBI hostage negotiator Emily Lehman. DeWitt has also appeared on television in Law & Order: Special Victims Unit (1999), Sex and the City (1998), Rescue Me (2004), and Love Monkey (2006). DeWitt is featured in the film Margaret (2011), opposite Anna Paquin and Mark Ruffalo. Additional film credits include Purple Violets (2007), Off the Black (2006), The Wedding Weekend (2006), The Great New Wonderful (2005), The Commuters (2005) and How I Got Lost (2009). She plays the role of Rachel in the Jonathan Demme-directed movie Rachel Getting Married (2008) alongside Anne Hathaway, for which she won several critics' awards and a Satellite Award for Best Supporting Actress. DeWitt played Ben Affleck's character's wife in the corporate drama The Company Men (2010). In 2011 she played Hannah, one of the three lead characters in the critically acclaimed Your Sister's Sister (2011), opposite Emily Blunt and Mark Duplass. In 2011, she played Renee Blair in the film A Little Bit of Heaven (2011) starring Kate Hudson. In 2012, she played Alice in Gus Van Sant's film Promised Land (2012), released on December 28, 2012. In 2016 she appeared in the multi award-winning La La Land (2016) as Laura, the sister of Ryan Gosling's character Sebastian.