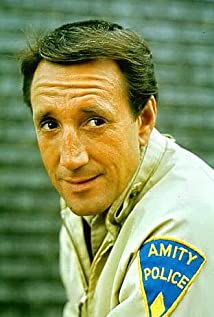 Lean, angular-faced and authoritatively spoken lead / supporting actor Roy Scheider obviously never heard the old actor's axiom about "never appearing with kids or animals" lest they overshadow your performance. Breaking that rule did him no harm, though, as he achieved pop cult status by finding, fighting and blowing up a 25-foot-long Great White shark (nicknamed "Bruce") in the mega-hit Jaws (1975) and then electrocuting an even bigger Great White in the vastly inferior Jaws 2 (1978).Athletic Scheider was born in November 1932 in Orange, New Jersey, to Anna (Crosson) and Roy Bernhard Scheider, a mechanic. He was of German and Irish descent. A keen sportsman from a young age, he competed in baseball and boxing (his awkwardly mended broken nose is a result of his foray into Golden Gloves competitions). While at college, his pursuits turned from sports to theater and he studied drama at Rutgers and Franklin and Marshall. After a stint in the military, Scheider appeared with the New York Shakespeare Festival and won an "Obie Award" for his appearance in the play "Stephen D."His film career commenced with the campy Z-grade horror cheesefest The Curse of the Living Corpse (1964), and he then showed up in Star! (1968), Paper Lion (1968), Stiletto (1969) and Puzzle of a Downfall Child (1970). In 1971 he really came to the attention of film audiences with his role in the Jane Fonda thriller Klute (1971) and then as Det. Buddy Russo (scoring his first Oscar nomination) alongside fiery Gene Hackman in the crime drama The French Connection (1971). His performance as a tough street cop in that film led him into another tough cop role as NYC Det. Buddy Manucci in the underappreciated The Seven-Ups (1973), which features one of the best car chase sequences ever put on film.In the early 1970s the Peter Benchley novel "Jaws" was a phenomenal best-seller, and young director Steven Spielberg was chosen by Universal Pictures to direct the film adaptation, Jaws (1975), in which Scheider played police chief Brody and shared lead billing with Robert Shaw and Richard Dreyfuss in the tale of a New England seaside community terrorized by a hungry Great White shark. "Jaws" was a blockbuster, and for many years held the record as the highest-grossing film of all time. Scheider then turned up as the shady CIA agent brother of Dustin Hoffman in the unnerving Marathon Man (1976) and in the misfired William Friedkin-directed remake of The Wages of Fear (1953) titled Sorcerer (1977), before again returning to Amity to battle another giant shark in Jaws 2 (1978). Seeking a change from tough cops and hungry sharks, he took the role of womanizing, drug-popping choreographer Joe Gideon, the lead character of the semi-autobiographical portrayal of director Bob Fosse in the sparkling All That Jazz (1979). It was another big hit for Scheider (and another Oscar nomination), with the film featuring a stunning opening sequence to the tune of the funky George Benson number "On Broadway", and breathtaking dance routines including the "Airotica" performance by the glamorous Sandahl Bergman.Returning to another law enforcement role, Scheider played a rebellious helicopter pilot in the John Badham conspiracy / action film Blue Thunder (1983), a scientist in the sequel to 2001: A Space Odyssey (1968) simply titled 2010: The Year We Make Contact (1984), a cheating husband who turns the tables on his blackmailers in 52 Pick-Up (1986), a cold-blooded hit man in Cohen and Tate (1988) and a CIA operative in the muddled and slow-moving The Russia House (1990). The versatile Scheider was then cast as the captain of a futuristic submarine in the relatively popular TV series SeaQuest 2032 (1993), which ran for three seasons.Inexplicably, however, Scheider had seemingly, and slowly, dropped out of favor with mainstream film audiences, and while he continued to remain busy, predominantly in supporting roles (generally as US presidents or military officers), most of the vehicles he appeared in were B-grade political thrillers such as The Peacekeeper (1997), Executive Target (1997), Chain of Command (2000) and Red Serpent (2003).

A Decade Under the Influence