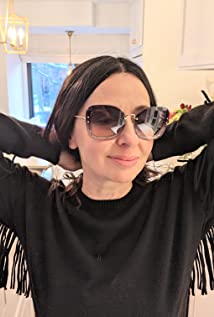 Ruba Nadda is an internationally and critically acclaimed writer, director and producer living in Toronto. She has written and directed 17 films which include: Cairo Time (2009); Sabah (2005); Aadan (2004); Unsettled (2001); and I always come to you (2000); Blue turning Grey over you (1999), Black September (1999), I would suffer cold hands for you (1999), Laila (1999), Damascus nights (1998), The wind blows towards me particularly (1998) So far gone (1998) Do nothing (1997), Wet heat drifts through the afternoon (1997), Interstate love story (1997) and lost woman story (1997).CAIRO TIME (2009) premiered at the Toronto International Film Festival (2010) to rave reviews and earned Best Canadian Feature Film. It went on to screen at numerous film festivals around the world which include: Pusan International Film Festival (2009), Goa International Film Festival (2009), Doha Tribecca Film Festival (2009); Sidney International Film festival (2010), Dublin Int'l Film Festival (2010), Tribeca Film festival (2010); Munich IFF (2010). It earned Winner of the People's Choice award (Film Circuit) and was Rotten Tomatoes best reviewed film (Romance) of 2010.Sabah (2005) features Atom Egoyan and Simone Urdl as Executive Producers, and Arsinee Khanjian in the lead role. It had its worldwide premiere to rave reviews and sold out audiences at the Rotterdam International Film Festival. Mongrel Media released Sabah in Canada on May 27th, 2005 to excellent reviews and enthusiastic audiences. Celluloid Dreams is acting as the foreign sales agent. Since Rotterdam Film Festival, Sabah has gone on to show in over 20 International Film Festivals and has also sold to over 20 countries around the world for theatrical releasing and enjoyed a healthy run in theaters in Canada for 13 consecutive weeks. Arsinee Khanjian has since been nominated for Best Performance by an Actress in a Leading Role at the Genies.Ruba attended New York's prestigious Tisch School of the Arts in Film Production. She completed their summer program and upon her return to Toronto immediately began her prolific filmmaking career. Her 13 short films have been shown in over 500 film festivals in 5 years. She has had over 20 retrospectives of her work shown in numerous cities, including: Princeton University, Rotterdam, Stockholm, Vienna, Wurzburg, Austin, San Francisco, Regina, Edmonton, Ottawa, and Toronto.She is also a fiction writer, with short stories published in over 200 international journals, such as Riversedge Journal, West Wind Review 18th Anthology, The Sounds of Poetry, Blood & Aphorism, White Wall Review, Room of One's Own and Wascana Review.