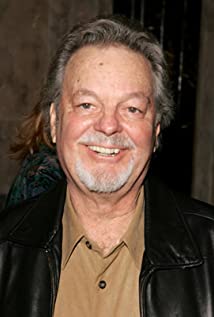 Russ wasn't discovered, he discovered show business at the age of 5 when with other youngsters at Inglewood, California he went to Saturday matinees at the Granada Theatre. One afternoon while waiting for the show to start he got on the stage and did an impromptu dance which the kids loved. He repeated it the following week and became so popular that when he didn't appear thee was almost a riot. The theatre manager spoke to his parents mother let him take dancing lessons. Once started on a career he expanded his talents to take in singing and acrobatics performing his first back flip at 10. He later added juggling, a magic act, piano and drums to his talents which made him a regular performer at local clubs. He made his stage debut with a small theatre group directed by Lloyd Bridges which in turn led to his film debut in 'The Boy With Green Hair' followed by a part in 'Samson and Delilah' and the title role in 'The Kid From Cleveland' He had an Oscar nomination as Best Supporting Actor for 'Peyton Place' receiving high praise from both director Mark Robson and choreographer Michael Kidd who was a close friend of Jerome Robbins who'd worked with Russ on'Seven Brides For Seven Brothers. Summoned for both a dancing and acting screen test with Robert Wise and Jerome Robbins he was cast as Riff the leader of 'The Jets' in the Oscar winning film 'West Side Story'. In his films up to 1952 he was credited as Rusty Tamblyn and Russ Tamblyn after that. He was nominated for a Best Supporting Actor Oscar in 1957 for his role in 'Peyton Place'

Attack of the 60 Foot Centerfold