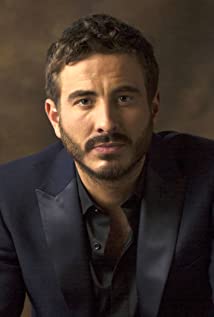 Ryan's charismatic on-screen presence and the breadth of his emotional and comedic range ensure he is in constant demand.Upcoming feature films include 1930's action-thriller High Ground, directed by Stephen Johnson, and the lead role in Maziar Lahooti's debut feature film Below, opposite Anthony LaPaglia.Ryan played Rudi in Bruce Beresford's period drama Ladies in Black, based on Madeleine St John's 1993 best-selling Australian novel The Women in Black. For his portrayal of this well-loved role, Ryan received a Best Supporting Actor nomination at the 2019 Australian Film Critics Awards.He also stars in Stan's gripping six-part drama, Bloom.Ryan was nominated for a 2018 AACTA Award for his lead role in 1% (renamed Outlaws), which premiered in the Discovery section of the Toronto International Film Festival. Other recent features include Mary Magdalene, from renowned director Garth Davis.His portrayal of Tim Conigrave in Neil Armfield's adaptation of the book Holding the Man earned him nominations for Best Actor at the 2016 AACTA Awards and Australia's Film Critics' Circle Awards.Previous film credits include the award-winning Hacksaw Ridge, from director Mel Gibson; The Water Diviner, under the direction of Russell Crowe; Ali's Wedding and A Few Less Men.Ryan was honored to be named the GQ Breakthrough Actor of 2015. He has been the recipient of the Australians in Film Heath Ledger Scholarship and the IF Out of the Box award. He has received Logie nominations in the categories of Most Outstanding New Talent and Most Popular New Male Talent.Other film work includes Greg McLean's Wolf Creek 2, Not Suitable for Children and Spike Jonze's Where the Wild Things Are. Not Suitable for Children saw him nominated for Best Supporting Actor at the AACTA Awards and receive a Best Supporting Actor win at the Film Critics' Circle Award.With several main cast TV credits to his name as a teenager, Ryan went on to study at NIDA. Later TV credits include Love Child, Underbelly: The Golden Mile, Tangle, Redfern Now, The Moodys, and Coby in the Seven Network's hit series Packed to the Rafters.Ryan made his professional stage debut in Sex with Strangers for the Sydney Theatre Company (STC) and was reunited with the company in 2015 for its production of Arcadia.

The Secrets She Keeps

My Life Is Murder