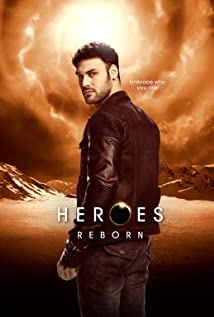 Ryan Guzman (Gooz-MAHN) is a former MMA fighter who caught the notice of Hollywood. After starring as a series regular on the ABC series, "Notorious," Ryan can currently be seen fighting fires on the upcoming 4th season of Fox's "9-1-1." Created by Ryan Murphy, Brad Falchuk and Tim Minear, "9-1-1" became Fox's top series after its early 2018 launch. He can also currently be seen in the horror film "The Cleansing Hour" (October 2020) from AMC Networks/Shudder.Born in Texas and raised in his hometown of Sacramento, Ryan Guzman never thought of becoming an actor, much less a professional dancer. At the age of seven, he developed an interest in martial arts and earned his first black belt in Tae Kwon Do by the age of ten. This led him into the octagon as a MMA fighter in Sacramento until his fighting license expired in 2010. A gifted athlete, he was also a sought-after left-handed pitcher with a fastball clocked between 87-90 miles per hour. A shoulder injury ended this career dream while Guzman was still a teenager, which transitioned later into a career in print modeling and soon after, acting.Guzman worked successfully in San Francisco starting with LOOK Modeling Agency at the age of 18 and later in Los Angeles, he joined the esteemed Wilhelmina Agency at 22. Guzman has since starred in television commercials for Old Navy, Gillette, Candies and Oprah Winfrey Network. He has modeled for Abercrombie & Fitch, Affliction and Reebok among others.After success in modeling, Guzman signed on with a talent manager, and went into the audition process as a professional actor. Just a few short months later, he booked the male lead for "Step Up Revolution" (Lionsgate).He followed the success of the film with another lead in the indie film "Beyond Paradise" and supporting roles in the indie films "There's Always Woodstock" directed by Rita Merson and "April Rain" directed by Luciano Saber. After the international success of "Step Up Revolution," Ryan reprised his role as 'Sean' in "Step Up: All In" alongside fan favorite female from the past films, Briana Evigan.Ryan's career elevated once more when he starred as the male lead opposite Jennifer Lopez in the Universal Studios thriller "The Boy Next Door." Helmed by "Paranormal" producer, Jason Blum, and director Rob Cohen, the film centered on Ryan's character, a teenage boy who lived next to Lopez's character. He went on to star as the male lead in the iconic 80's live-action remake of "Jem and the Holograms," playing 'Rio Racheco,' the road manager and love interest for Jem.Next, Ryan joined as the main cast in "Everybody Wants Some," the sequel to "Dazed and Confused," from writer and director Richard Linklater, that centers around a group of guys on a baseball team in the 80s. The film released to great reviews in April 2016. Guzman continued on to play alongside Sylvester Stallone in "Backtrace." Most recently in film, Ryan was seen playing opposite Edward James Olmos in the indie film "Windows on the World" and playing the lead role in the indie thriller "The Cleansing Hour."In 2017, Ryan was awarded the Horizon award from the National Hispanic Foundation for the Arts and in 2019, the city of Sacramento proclaimed May 15th "Ryan Guzman Day." Ryan resides in Los Angeles with his family.

The Boy Next Door

Step Up All In