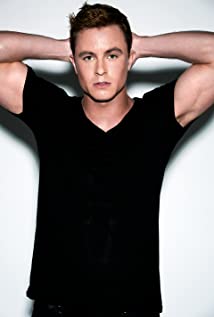 Ryan Kelley is an American actor probably best known for his starring role on the popular MTV television series "Teen Wolf". For 4 seasons as "Deputy Sheriff Jordan Parrish" Ryan used his badge and his supernatural abilities as a Hellhound to protect the town of Beacon Hills from evil on this international hit show. His popularity has helped him amass a following of over 1.5 million followers on social media and his appearances at conventions around the globe are sell outs. Most recently he starred in "Realms" a terrifying horror thriller set in Thailand that was shot entirely on location with some of that country's biggest stars. Other career highlights include "Prayers for Bobby" where Kelley portrayed the heartbreaking title character of "Bobby", a young gay man struggling to come to terms with his sexuality under the disapproving eye of his very conservative Christian mother played by Academy Award Nominee Sigourney Weaver. Based on the true story and best selling novel "Prayers for Bobby" received numerous nominations for Emmy's, Golden Globes, and won the GLADD Media Award for Outstanding Television Movie or Limited Series. Through his experience on this film Ryan has become a vocal advocate for LGBTQ rights and causes. Coming from a family of 15 children, 6 biological and 9 adopted, foster care and adoption rights are another cause Ryan champions and lends his support to. Other credits include starring in the critically acclaimed feature film "Mean Creek" where Ryan played "Clyde" one of a group of friends who find themselves at odds when a prank causes the accidental drowning of one of their classmates. This riveting drama earned Kelley an Independent Spirit Special Award of Achievement from Film Independent at their annual awards celebration. Younger fans may remember Ryan best as the the live actor version of the very popular animated character "Ben Tennyson" in the live action film "Ben 10: Alien Swarm". As a professional actor since the age of 5, Ryan has amassed an enviable string of credits over the years. From over 50 commercials as a child actor to numerous television guest spots on some of T.V's most popular shows including "Boston Legal", "Ghost Whisperer", "Terminator: Sarah Conner Chronicles" and a harrowing dramatic turn on "Law & Order: SVU" as a young heroin addict. A fan favorite guest arc on "Smallville" is also a role he is well remembered for. As a young star of several films he played the son of Jullianne Moore and Grandson of Peter Falk in the feature "Roommates", the son of Aidan Quinn and Bonnie Hunt in Project Greenlight's film "Stolen Summer", explored the fantasy dream world of "The Dust Factory" alongside Hayden Panettiere and Armin Mueller-Stahl and searched for Butch Cassidy's hidden gold in the 1950's set "Outlaw Trail". Ryan Kelley's career has shown no signs of slowing down 25 years in and now as a handsome adult leading man he remains more popular than ever and continues to add new exciting roles to his ever growing resume.