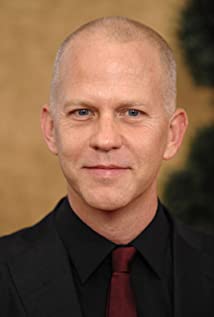 Born November 9, 1965 in Indianapolis, Indiana, US as Ryan Patrick Murphy, he is an American writer, director, and producer, responsible for creating such hits as Nip/Tuck (2003), Glee (2009) and American Horror Story (2011). His mother, J. Andy Murphy, was a writer and communications worker and his father was a circulation director in the newspaper industry. He has one brother. He attended a Catholic school till the eighth grade and graduated from Warren Central High School. He went on to study journalism at the Indiana University Bloomington, where he was also a member of a vocal ensemble, and went on to intern in the style section of the The Washington Post in 1986. In 1990 he got into screenwriting, but only in 1999 was his first story produced: it was Popular (1999), a teen comedy show, which he co-created with Gina Matthews and which run for two seasons. In 2003 he created Nip/Tuck (2003), which brought him his first Emmy nomination. He won the award six years later, when in 2009 he directed the pilot of his hit series Glee (2009) which he co-created with Ian Brennan and Brad Falchuk. In 2011 he and Falchuk co-crated another highly popular series, American Horror Story (2011). in 2015 he was awarded the Award for Inspiration from amfAR, The Foundation for AIDS Research. In 2018 Murphy signed a five-year $300 million development deal with Netflix. He is a pan equal opportunities activist, both through his movies and television projects which very often focus on the LGBTQ+ community, and as a creator of the Half Initiative, which aims at making Hollywood more inclusive for women and minorities. He's been married to photographer David Miller since 2012. They have three sons, Logan Phineas, Ford, and Griffin Sullivan.