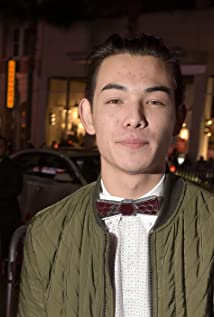 Ryan Potter is an actor, director, martial artist, and photographer. Ryan, though born in the United States, was raised in Tokyo until the age of seven.Ryan got his start as the lead, "Mike Fukanaga" in Nickelodeon's "Supah Ninjas," (2011-2013) working with the legendary, George Takei, who played his grandfather.In 2014, he starred in Disney's animated superhero blockbuster, Big Hero 6. He voiced the lead character, Hiro Hamada, a child prodigy who teams with a large robot. The film was released in the U.S. at #1 and won the Academy Award for Best Animated Feature in 2015. He went on to voice the same character for the animated television show, Disney's Big Hero 6: The Series (2017...)Ryan also devotes much of his energy to raising awareness for several charities including Covenant House and Big Brothers Big Sisters of America. He is grateful for his "Big Brother" of 14 years and is one of the organization's Celebrity Ambassadors. In addition, Ryan will be working closely with the Papau New Guinea Tribal Foundation on an upcoming expedition to provide medical supplies to those in need.