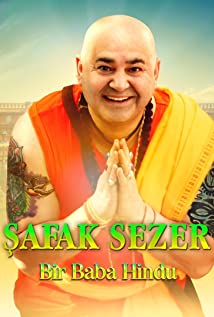 Safak Sezer (born 10 October 1970 in Erzincan) is a Turkish actor who usually appears in comedic roles.His stage debut came in Haldun Taner's play Esegin Gölgesi at Ankara Halk Tiyatrosu (Ankara People's Theatre). He acted in several other plays at the same venue as well as at Ankara Ekin Tiyatrosu (Ankara Crop Theatre).In cinema, he initially appeared in supporting roles in several movies. His breakthrough came with Kolpaçino (2009) in which he starred.Sezer rose once again to public's attention in 2013 when he publicly knelt in front of Turkey's Prime Minister and apologized for his earlier participation in protest demonstrations. Turkish newspapers reported, with accompanying photographs, on July 22nd, 2013 that at a Ramadan dinner hosted by the ruling AKP party on the previous evening, Sezer went to Prime Minister Recep Tayyip Erdogan's table and went down on his knees in front of Erdogan and apologized for his participation in a street demonstration protesting a police crackdown ordered by the government on environmentalists in Istanbul in the previous weeks.