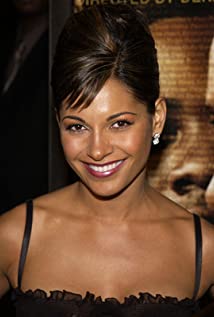 Salli Richardson-Whitfield is a 30 year industry veteran. She has been featured in over 20 major motion pictures and has starred opposite a number of Hollywood's top actors, including Samuel L. Jackson in THE GREAT WHITE HYPE, Denzel Washington in ANTWONE FISHER, and Will Smith in I AM LEGEND. On television, Salli starred in the long running SYFY network hit series EUREKA as well as three seasons of STITCHERS on FREEFORM.Changing gears to a role behind the camera, Salli has burst onto the scene as a director and producer. Ava DuVernay was one of the first to recognize Salli's skill as director, offering Salli two back to back episodes of the first season of QUEEN SUGAR. Her now incredibly extensive directing resume includes such shows as AMAZON'S WHEEL OF TIME, HULU'S REPRISAL, APPLE'S SEE, NETFLIX'S ALTERED CARBON, STARZ' AMERICAN GODS and SURVIVOR'S REMORSE, SHOWTIME'S THE CHI, ABC's SCANDAL, FOX's LETHAL WEAPON, FREEFORM'S SHADOWHUNTERS, NETFLIX'S DEAR WHITE PEOPLE, LUKE CAGE, and THE PUNISHER, BET's REBEL, SYFY'S THE MAGICIANS and EUREKA, BLACKLIGHTNING, ALL AMERICAN for THE CW and ABC'S BLACKISH. Salli's work on LUKE CAGE was nominated for a NAACP Award for Outstanding Directing In A Drama Series. She currently has series in development as a director/producer at Apple and Netflix.Her incredible run was punctuated by the recent announcement of an Overall Deal with HBO along with Directing and Executive Producing Julian Fellowes' upcoming drama series THE GILDED AGE and directing two episodes of Adam McKay's UNT. LAKERS SERIES.Salli is a married to actor and author, Dondre Whitfield, they have two children. She participates in countless charitable and philanthropic events, including The K.I.S. foundation.

The Wheel of Time