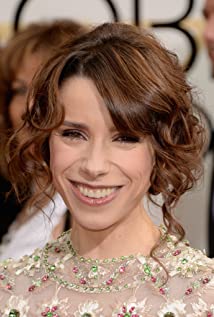 Sally Cecilia Hawkins was born in 1976 in Lewisham hospital, London, England, to Jacqui and Colin Hawkins, authors and illustrators of children's books. She is of English and Irish descent. Hawkins was brought up in Greenwich, in southeast London. She attended James Allen's Girls' School in Dulwich. She graduated from the Royal Academy of Dramatic Art in 1998. Hawkins' theatre appearances include Much Ado About Nothing (2000), A Midsummer Night's Dream (2000), Misconceptions (2001), Country Music (2004), and David Hare's adaptation of Federico García Lorca's play The House of Bernarda Alba in 2005. Hawkins made her first notable screen performance as Samantha in the 2002 Mike Leigh film All or Nothing (2002). She also appeared as Slasher in the 2004 film Layer Cake (2004). She played the role of Zena Blake in the BBC adaptation of Sarah Waters' novel, Tipping the Velvet (2002) in 2002. Her first major television role came in 2005, when she played Susan Trinder in the BAFTA-nominated BBC drama Fingersmith (2005), an adaptation of Sarah Waters' novel of the same name, in which she co-starred with Imelda Staunton, as she had in Vera Drake (2004). Since then she has gone on to star in another BBC adaptation, Patrick Hamilton's Twenty Thousand Streets Under the Sky. Hawkins appeared in three episodes of the BBC comedy series Little Britain (2003), in addition to Ed Reardon's Week on BBC Radio 4. She has also contributed to the BBC Radio 4 series Concrete Cow. In 2006, Hawkins returned to the stage, appearing at the Royal Court Theatre in Jez Butterworth's The Winterling. In 2007, she played the lead in a new film of Jane Austen's Persuasion, and followed this with her critically acclaimed performance in Happy-Go-Lucky (2008). Questions and a minor controversy arose when Hawkins was not nominated for an Academy Award for her performance as Poppy. It was the first year since 2000-01 that the winner of the Golden Globe for Best Actress in a Motion Picture Musical or Comedy was not nominated for an Academy Award, and the first year since 1995-96 that no one from the category was nominated. During 2006 she also made uncredited appearances in Richard Ayoade's Man to Man with Dean Learner where she played various uncredited roles from Personal Assistant to Wife of Steve Pising in various deleted scenes included on the DVD. Hawkins' 2009-10 films included Desert Flower (2009), Never Let Me Go (2010), and Happy Ever Afters (2009). In November 2010, she appeared on Broadway as Vivie in Mrs. Warren's Profession. In 2011, Hawkins appeared in Submarine (2010) and had a supporting role in the film adaptation of Jane Eyre (2011).In 2017, Sally was highly critically acclaimed for her role as Elisa, a mute janitor, in director Guillermo del Toro fantasy drama The Shape of Water (2017).

The Smeds and the Smoos

The Phantom of the Open

The Snail and the Whale