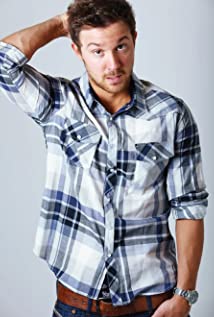 A dynamic young actor, Sam Huntington was born in Peterborough, New Hampshire, on April 1, 1982. His father is a cabinet maker and owns his own business. His mother, Christen Stabile, is an actress on stage and screen (most famously in Knots Landing (1979)). She also is a teacher and writer.Sam began acting at the age of nine, under the direction of his mother as a part of her children's theater, The Black Box. Sam was also a part of Andy's Summer Playhouse in Wilton for three summers and performed at Franklin Pierce College in Rindge. His professional acting career began at the celebrated Peterborough Players in Peterborough where he was cast in four seasons from 1991 to 1994, in such roles as Jem in To Kill A Mockingbird, opposite James Rebhorn.Although Sam wanted to begin screen acting right away, his mother encouraged him to gain more experience. In 1995, Sam signed with the JM Bloom Agency in New York City. Sam and his mother moved to an apartment there for a year, and Sam attended 7th grade at The Professional Children's School, where he became friends with Macaulay Culkin. During this year, Sam was cast in three television commercials, a voice-over for The Magic School Bus (1994), an instructional video for the Windows 95 computer operating system, the Hallmark Hall of Fame presentation of Harvest of Fire (1996), and in the Winona Ryder film Boys (1996), but his scenes in the latter were edited out. Sam also signed a three-movie contract with the Walt Disney Company; the first film under this contract was in the key role of Mimi-Siku in the hit comedy Jungle 2 Jungle (1997), which also starred Tim Allen and and Martin Short. Filming for that picture began in April 1996 and lasted about 3 months. It was filmed entirely on location in New York City; Pound Ridge, NY; and Canaima National Park in Venezuela. During this time, Sam was accompanied by his mother (and often his father and sister) and had a tutor who kept him up on his 8th-grade studies. Sam also had a guest appearance on the award-winning television show Law & Order (1990) in December 1997.Sam starred as 'Ox' in Columbia Pictures' ensemble comedy Not Another Teen Movie (2001), the teen movie Sleepover (2004), and the anticipated smash Superman Returns (2006). He appeared in Bryan Singer's Superman Returns (2006) for Warner Bros., playing Jimmy Olsen, the Daily Planet reporter who works a alongside Lois Lane and Clark Kent. He also had memorable roles in Fanboys (2009), opposite Kristen Bell, Chris Marquette, Dan Fogler, and Jay Baruchel, playing 'Jam' in New Line Cinema's Detroit Rock City (1999), opposite Edward Furlong, Not Another Teen Movie (2001), and 'Dinkadoo Murphy' in Thomas Haden Church's Rolling Kansas (2003).