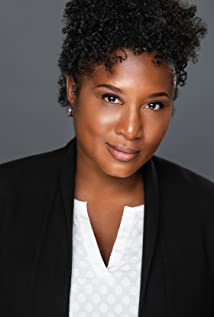 Samantha Beaulieu is an actress, radio host, and writer born and raised in New Orleans, Louisiana to Cynthia and Paul Beaulieu, married for over 40 years. Her mother works at a local university heading up Small Business Development, and her father Paul, is a local TV and radio personality, community activist, and advocate for New Orleans' under-served.Samantha grew up in East New Orleans and spent her childhood on the front lines of local politics and issues, often shadowing her father to work at the ABC affiliate WVUE, where he produced and hosted a news talk show called "Dimensions" in the 80's. It was on the set of "Dimensions" Samantha caught the performing bug.She would begin her film career 20 years later in Los Angeles after landing a lead role in the 2003 short film "Her Father's Daughter", which was her first audition. In 2006, Samantha caught another break when she was cast in a principal role in "Big Momma's House 2", working alongside Martin Lawrence.Since then, Samantha has guest starred on TV series such as HBO's "Treme"; "Eastbound and Down"; "American Horror Story: Coven"; and the CBS hit series "NCIS: New Orleans", where she currently plays Officer Sullos.With over 20 film and TV acting credits under her belt, Samantha still enjoys the stage, an actor's medium, having stretched her chops in classics such as "A Raisin in the Sun", for which she won New Orleans' Big Easy Theatre Award for Best Supporting Actress in a Drama for her portrayal of Ruth Younger. She has also performed in plays such as "The Women of Brewster Place", The Negro Ensemble's "Ceremonies in Dark Old Men"; "Jar The Floor"; "Our Town", and many others. In Fall of 2015, she will join the cast of Southern Rep Theatre's World Premier "Ernest".On the big screen, look for Samantha in "The Whole Truth" (2015), a courtroom thriller starring Keanu Reeves, Rene Zellweger and GuGu Mbatha-Raw; "Get Hard" (2015); "Return To Sender" (2015); and "Mississippi Grind" (2015) alongside Ryan Reynolds.Samantha recently formed a production company, Be Nice Productions, and is currently working on producing her first film, which she wrote, will star in and co-direct.You can listen to Samantha every Friday on WBOK 1230 AM radio New Orleans, where she hosts "The Samantha Beaulieu Show", highlighting the best of New Orleans entertainment and entertainers.

Now You See Me