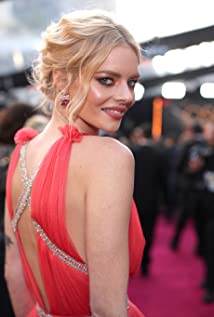 Samara Weaving was born on February 23, 1992 in Adelaide, South Australia, Australia, but spent the years after that moving around from Singapore, Fiji, Indonesia, and back to Australia with her family. During that time, she attended grade school in Jakarta, Indonesia, eventually going to Pittwater House School in Australia in 2004 prior to then joining the Canberra Girls' Grammar School. With a life of such hectic moving around, it should come as no surprise that the actress spent much time along the way performing in short films, dance and stage shows, and even with the Singapore Dance Company and Canberra Youth Theatre. In 2008, she was cast as Kirsten Mulroney on the BBC series, Out of the Blue (2008). While it only technically ran for a season, the season consisted of 129 episodes, with Samara appearing in 48 of them. That kind of exposure led to her next big gig as Indi Walker on the Australian soap opera Home and Away (1988), a series in which she would star in over 300 episodes. Even with all that success, family connections are never a bad thing. After leaving Home and Away (1988) in 2013, Samara landed her first feature role in Mystery Road (2013) a film which starred her celebrity uncle, Hugo Weaving. From here, she went on to star in the 2015 TV movie Squirrel Boys (2015) and followed that up in a big way with a major role in 2015's Monster Trucks (2016) alongside veteran actors such as Rob Lowe and Danny Glover. Samara also models for Australian underwear brand, Bonds.