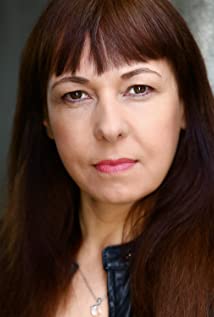 British born, in Cheshire, NW England, Sara studied for her acting career in her home county and in London. She acquired a front credit on her first feature, National press attention when co-starring with a British comedy legend at Pinewood Studios and an award nomination for a powerful stage role that would colour most of her acting career.From the age of 8 Sara mixed ballet and modern dance within her formal schooling. She also studied piano, taught herself acoustic guitar and studied drums with jazz drummer Geoff Riley. Sara continued with academic and practical Drama and Film Study courses in college where her dramatic ability impressed tutors who encouraged her to train as an actress.Sara built up a unique portfolio of disciplines from various institutions and academies as well as investing thousands in private lessons, with both British and American tutors. This diverse training experience usefully honed her existing talent and prepared her for a varied performing career.Sara's engaging voice and vibrant personality launched her as a presenter and voice artist on TV and radio. Her destiny changed when she was asked to report for the BBC 'Cinema 2' radio programme meeting an American Director who offered Sara her first screen-acting role. While this was still in production she was recommended, cast and given a front credit in her first feature film, 'Chasing Dreams'.Sara's reporting work made her a welcome guest at the major UK studios and she found a 'home' at Pinewood. Her industrious enthusiasm attracted mentors from Oscar winning Sound Editor, the late, Don Sharpe to Producer Larry De Waay.Sara also met comedy legend Sir Norman Wisdom and was chosen to be his British co-star in his screenplay 'Adam & Evil.' A year of National Press attention began. During this time a TV producer recommended Sara to director Bob Keen who cast her as 'The Broadcaster' in his movie 'Jim's Gift'. Broadcast on Sky and UK's Channel 5, this feature became Sara's television acting debut.When 'Adam & Evil' was shelved, Sara was again recruited to work along side Sir Norman Wisdom in the star-studded spoof 1950's sci-fi film, 'Cosmic Lost And Found,' arguably making Sara Dee his last leading lady.Sara's Cannes debut was a starring role in the 35mm film 'Cafe D' Paris.' Her first Cannes Festival, that has never been beaten traveling on Quantel's private Lear jet to celebrate the premiere, on a luxury yacht together with top personnel from Fuji, Lee Lighting, Panavision and Technicolor.It was Sara's portrayal of a powerful dominatrix, 'Mistress Angel,' in the unpublished play 'Satisfaction Guaranteed,' that earned her a 'Performance Artist Of The Year Award' nomination. This made Sara a desirable option for casting in formidable women roles, like her ruthless journalist, 'Margaret Rawlins' in Lynda La Plante's ITV (UK) drama series, 'The Commander', directed by Charles Beeson.A chance remark brought Sara to The Royal Court Theatre to work with the Artistic Director Ian Rickson appearing in Jez Butterworth's 'The Night Heron', alongside an all star cast.Being an admirer of Director Andy Wilson's work, Sara was thrilled to be chosen by him to play 'Lady Hysteria' in his opulent BBC feature 'Riot At The Rite'.An interesting role in Jim Groom's theatrically released movie 'Room 36' and a plethora of starring roles in many short films followed, including a return to a Dominatrix role in 'Zombie Office', a highlight of the distributed 'Horror Vault 3' compilation DVD.Martin Pavey's highly acclaimed thriller 'Flash Back', provoked BAFTA luminaries to suggest Sara as a candidate for 'The Rising Star Award'. Written by Andy Davie, this film also marked her Hollywood debut screening. This team worked again on '15' that ran in festivals for over two years.Sara came to the attention of the British award winning Director, Ben Wheatley and she continues to be very pleased to have credits on six of his feature films, from 'Down Terrace' to Free Fire.Dreams of working in more supernatural films came true with 'In Fabric' and 'Borley Rectory'.Sara excels at encouraging others to let their creative talent shine, supporting new writers to finding funds to help features in production complete their post production. She is a committee member of the networking Media Lunch Club and also produces her own short films.Sara Dee is proud to have been given the 'Performance Artist Award', by The Tree Of Hope Children's Charity and continues to work on film, stage and television.

Dawning of the Dead

A Field in England

Witchcraft X: Mistress of the Craft