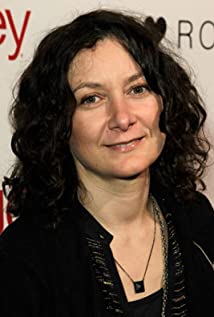 Sara Gilbert was born on January 29, 1975, as Sara Rebecca Abeles at St. John's Hospital and Health Center in Santa Monica, California, to Barbara Cowan and Harold Abeles. Barbara was previously married to the late Paul Gilbert. At the age of six, when Sara saw her sister Melissa Gilbert get a star on the Hollywood Walk of Fame, she told her mother that she wanted to be an actress, too. A string of commercials and, in 1984, an appearance in the CBS TV movie Calamity Jane (1984), led her to adopt the Gilbert family name. After failing to get the new The Facts of Life (1979) show, she eventually found success with Roseanne (1988). Sara spent a total of nine years on that show and was given time to be able to study at Yale University, graduating with honors in 1997. Aside from Roseanne (1988), she has provided the voice of Laura Powers on The Simpsons (1989), and starred in several movies including Sudie and Simpson (1990), Poison Ivy (1992) and Light It Up (1999).