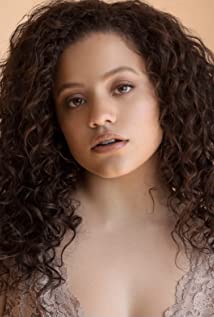 Sarah Jeffery is an actress who has quietly amassed a body of work that encompasses both television and film. Growing up in Vancouver, British Columbia, Sarah has been performing on stage in musicals and theater productions since the age of three, but it was when she became a teen that she decided to expand her horizons and enter the world of film and television. Sarah booked her first television role on the Cartoon Network pilot "Aliens in the House." Months later, while attending the Langley Fine Arts School, she landed a series regular role on DirecTV's Rogue (2013), portraying the teenage daughter to Thandie Newton. While shooting Rogue (2013), Jeffery was cast in the M. Night Shyamalan event series for the FOX network Wayward Pines (2015) and worked with industry heavyweights such as Matt Dillon, Melissa Leo and Terrence Howard.Following the completion of "Rogue" and "Wayward Pines", Sarah moved away from dark and edgy characters when she was cast in the Disney Channel movie Descendants (2015) directed and choreographed by Kenny Ortega. "Descendants" premiered to 12.2 million total viewers, including a record-breaking 3.3 million viewers on the Disney Channel app. Jeffery would get her first taste of independent film when she was cast in the feature Across the Line (2015) portraying a teen straddling the line between black and white students at a school dealing with racial tensions. Directed by famed music video director Director X., the film won the Best Atlantic Feature Award at the 2015 Atlantic Film Festival. On the NBC series Shades of Blue (2016), Sarah is a series regular as "Cristina", Jennifer Lopez's daughter. She divides her time between Los Angeles and Vancouver.