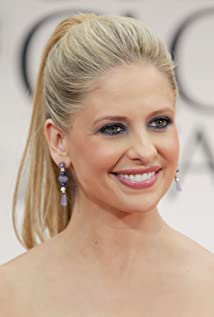 Emmy Award-winning Sarah Michelle Gellar was born on April 14, 1977 in New York City, the daughter of Rosellen (Greenfield), who taught at a nursery school, and Arthur Gellar, who worked in the garment industry. She is of Russian Jewish and Hungarian Jewish descent.Eating in a local restaurant, Sarah was discovered by an agent when she was four years old. Soon after, she was making her first movie An Invasion of Privacy (1983). Besides a long list of movies, she has also appeared in many TV commercials and on the stage. Her breakthrough came with the television series Swans Crossing (1992). In 1997, she became known to the cinema audience when she appeared in two movies: I Know What You Did Last Summer (1997) and Scream 2 (1997). But she is most commonly known for her title role in the long-running television series Buffy the Vampire Slayer (1997). She also won an Emmy Award for her performance as Kendall Hart on the soap opera All My Children (1970).Sarah has since starred in many films, including Simply Irresistible (1999), Cruel Intentions (1999), and the live-action Scooby-Doo (2002) movies as the lovable Daphne Blake. She also provided her voice to several movies, including Small Soldiers (1998), Happily N'Ever After (2006) and Teenage Mutant Ninja Turtles IV: Immortal (2007), starred in the box office hit The Grudge (2004), and co-starred with Robin Williams and James Wolk in the television series The Crazy Ones (2013).She resides in Los Angeles, California, with her husband, Freddie Prinze Jr.. They have been married since 2002, and have two children.